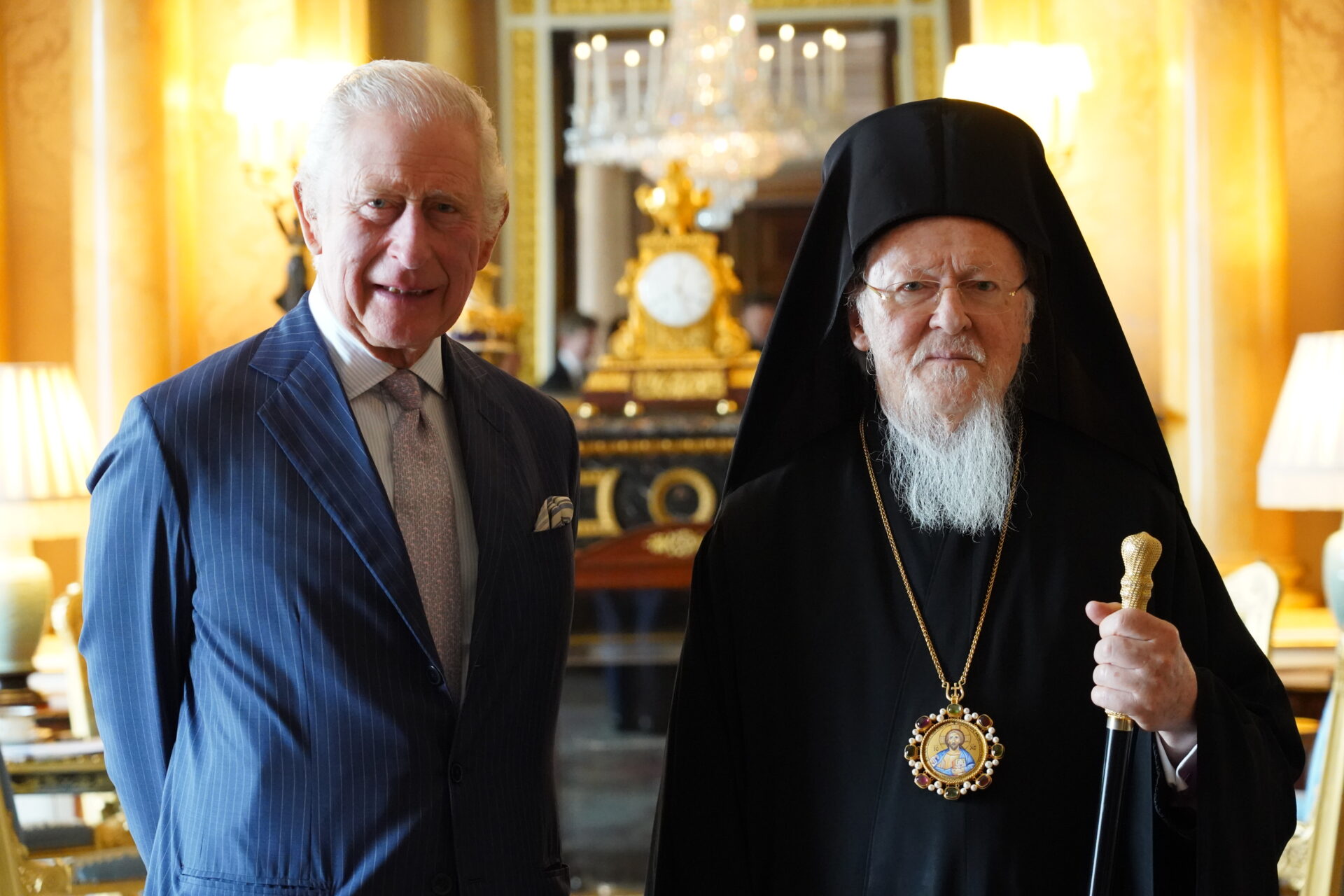 During their half hour private meeting, His All-Holiness expressed once again his condolences for the death of the King’s Mother, Queen Elizabeth II, as well as his prayers and best wishes on behalf of the Mother Church for a successful and fruitful reign. The Patriarch also mentioned the centenary anniversary celebrations of the Holy Archdiocese of Thyateira and Great Britain, as well as other topics of mutual interest.

At the conclusion of the private meeting, His All-Holiness presented the venerable members of the Patriarchal delegation: Their Eminences Archbishop Nikitas of Thyateira and Great Britain, Metropolitan Theodoritos of Laodicea, and Metropolitan Athenagoras of Belgium. 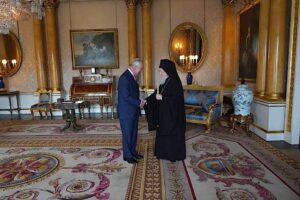 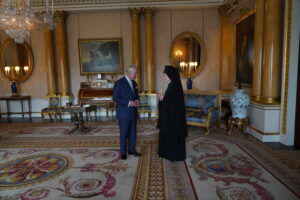 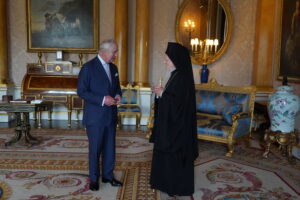 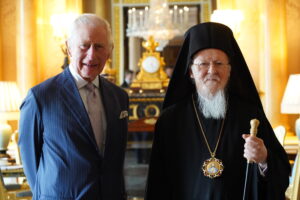 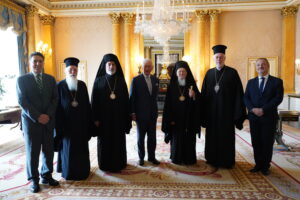 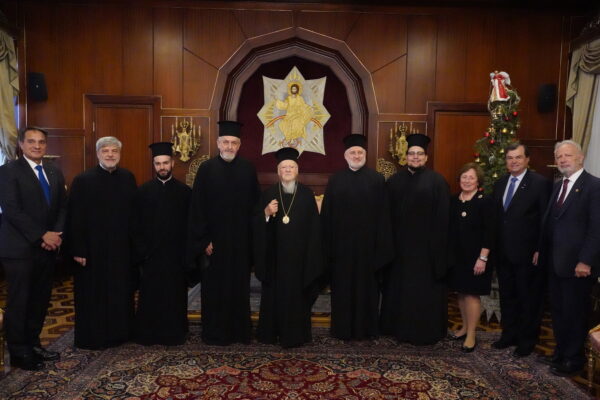 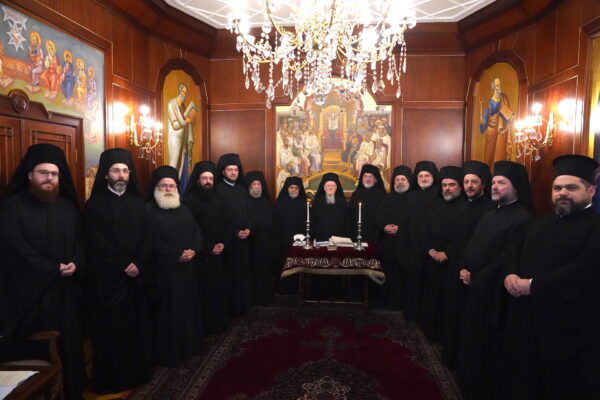