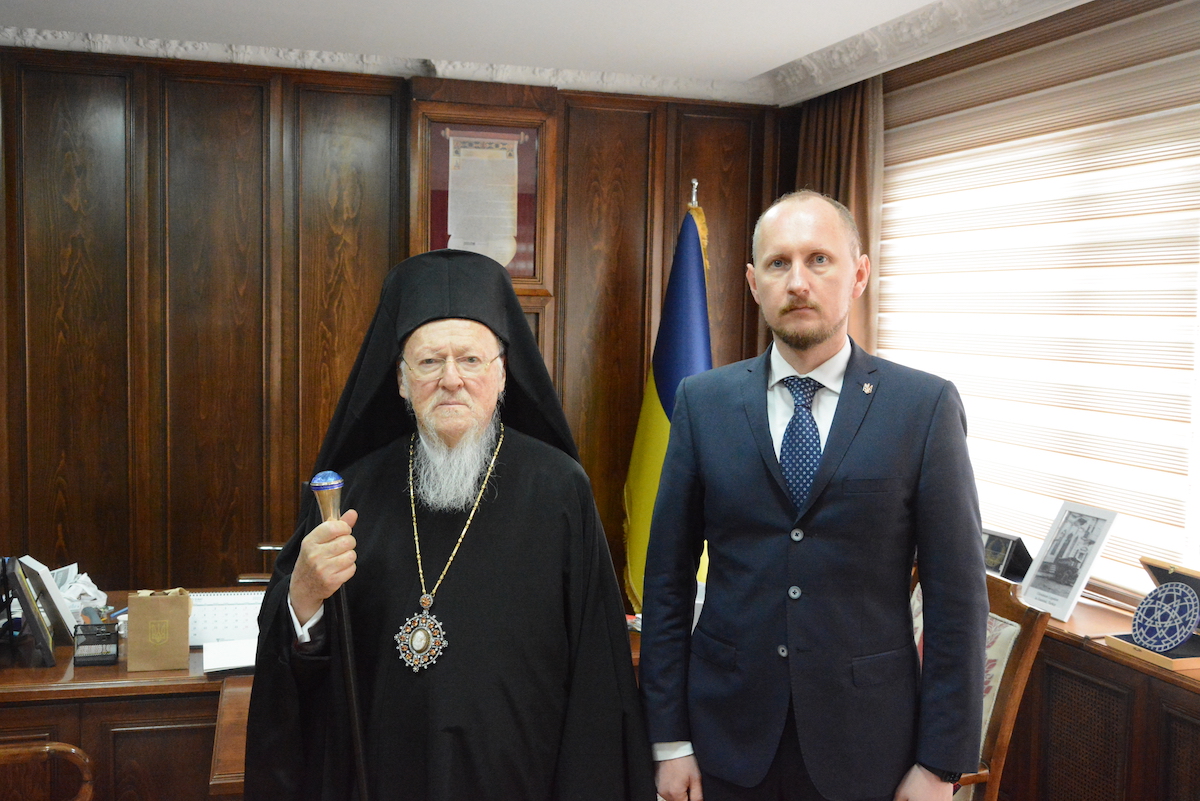 Today, Monday, 28 February 2022, His All-Holiness, Ecumenical Patriarch Bartholomew, accompanied by His Eminence Elder Metropolitan Emmanuel of Chalcedon and the V. Rev. Grand Syncellus Iakovos, went to the local Consulate General of Ukraine and expressed the unreserved sympathy, support and solidarity of the Mother Church to the Consul General, Mr. Roman Nedilskyi, his collaborators, the large local Ukrainian Community and the entire heroic people of their country. He simultaneously assured them of the Ecumenical Patriarchate’s constant prayers for the prevalence of peace, the preservation of Ukraine’s independence and territorial integrity, an immediate ceasefire and the cessation of intrusion of foreign forces into it.

The Consul General thanked His All-Holiness for this renewed loving expression of the Ecumenical Patriarchate and comprehensively informed those present regarding the current developments and the progress of the negotiations underway.

At the Ecumenical Patriarchate, 28 February 2022

From the Chief Secretariat of the Holy and Sacred Synod