Ladies and Gentlemen, Members of the Verkhovna Rada,

It is our great pleasure and honor to welcome you today at the Phanar, at the Headquarters of the Ecumenical Patriarchate. As you all know, the Mother Church of Constantinople has always expressed a profound care regarding the religious situation of the Ukrainian people.

The granting of Autocephaly to the Orthodox Church of Ukraine in 2019 was first and foremost a tender expression of pastoral concern for spiritual justice and freedom. For decades, if not centuries, Ukraine was not able to enjoy complete ecclesiastical independence from external influences. Until recently, most of the Ukrainian people were outside of the Orthodox Church. This was a sorrowful reality for the Body of Christ, because the ecclesiastical division in your country was a deep wound in the communion of the entire Orthodox Church. Recall the words of St. Paul the Apostle: “if one member suffers, all suffer together” (1 Cor 12:26).

The Ecumenical Patriarchate addressed this crucial question at first by the decision of the Holy and Sacred Synod, in October 2018, to accept the petitions of appeal made by Philaret and Makariy. This decision paved the way for the Sobor gathered at the Saint Sophia Cathedral in Kiev on December 15, 2018. The Mother Church of the Ukrainian people gladly responded to the numerous petitions of Presidents, civil authorities, even the Rada of your country, to grant the Tomos of Autocephaly.  And let us not forget that similar requests for “complete canonical independence,” namely the Autocephaly of the Orthodox Church of Ukraine, were addressed by the Ukrainian Hierarchy to the late Patriarch of Moscow, Alexis II, back in November 1991, despite the fact that these requests were not canonically submitted to the Patriarchate of Moscow, since only the Ecumenical Patriarchate has the right and the responsibility to grant Autocephaly, in accordance with the Eastern Orthodox canonical tradition and practice.

The Ecumenical Patriarchate has always hastened to assist and support the various local Orthodox Churches whenever they face challenges. There is no freedom in division, because freedom can only be lived in unity. This unity of Orthodoxy is in no way being tested as a consequence of the Ecumenical Patriarchate’s response to the request of the Ukrainian people. The Tomos of Autocephaly was an act of responsibility on the part of the Mother Church towards millions of our Orthodox brothers and sisters who were outside the Church. And, of course, this was not an act dictated by external forces or geopolitical interests. Two years later, with great satisfaction we see the new Church growing under the inspiring and stable leadership of our Brother, His Beatitude, Metropolitan Epifanios of Kyiv.

Whoever threatens to break Eucharistic Communion with the Ecumenical Patriarchate is threatening to be cut himself off from the trunk of the tree of the Orthodox Church. As far as we are concerned, we cannot allow Orthodox Ecclesiology to be distorted with novel theories driven purely by base motives and secular ambitions. The word of Truth is “sharper than any knife.”

The granting of Autocephaly to the Orthodox Church of Ukraine should be seen beyond certain personalities and beyond narrow national interests, as a genuine spiritual remedy. Today, the Orthodox people in Ukraine are in good canonical standing and they partake of the common Cup. Now, if some cannot accept this reality, they should ask themselves who precisely is breaking the unity in the Orthodox Church.

Once again, we welcome you to the Ecumenical Patriarchate, in this historical City, praying that our Lord will continue to bless you in your very important duties, and the pious Orthodox people of Ukraine, whom we look forward to meeting again during our upcoming official visit to your blessed country. We take the opportunity to express, once again, our gratitude to President Volodymyr Zelenskyy for the kind invitation to visit Ukraine, on the occasion of the 30th Anniversary of your Independence, for a second time after our last visit in 2008.

May the Lord bless you all! 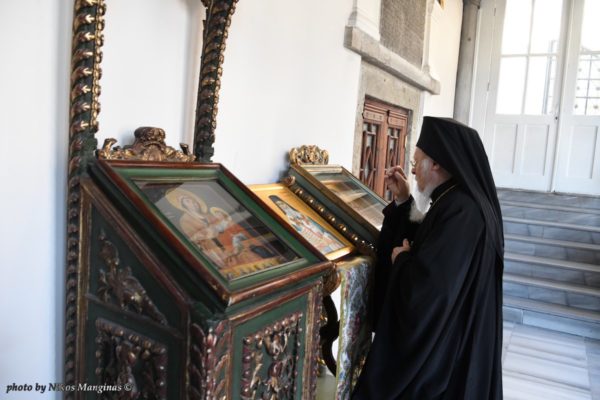 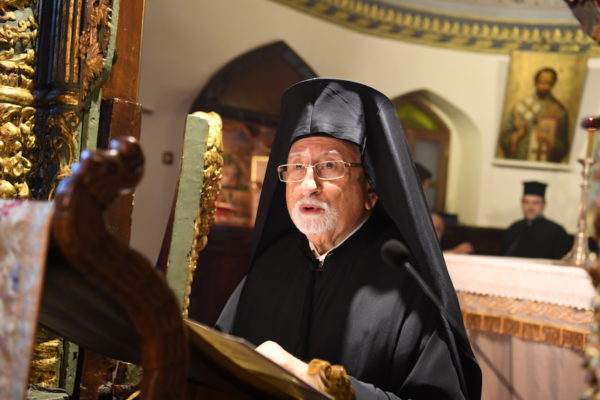